iOS 8 Jailbreak Update: Pangu Jailbreak for iOS 8 is Being Worked On

So yesterday Apple finally released much hyped iOS 8. iOS 8, labeled as “the biggest iOS release ever”, was made available to end users of iPhone, iPad and iPod almost three months after being announced back in June. Now after the release iOS 8, there is one question being asked by all those jailbreakers: “What about iOS 8 jailbreak?”

For those who are new in Apple or iOS scene, jailbreak is the process of modifying code in Apple’s iOS operating system and breaking the barriers put by Apple, which allows jailbreakers to customize iOS the way they want, without being worried about the restriction put by Apple. Custom themes, enabling bluetooth file transfer, customizing lockscreen or homescreen are some examples of customization which are not possible without jailbreaking iOS.

Now what about the iOS 8 jailbreak? Well, the well-known jailbreak developers are pretty quiet about iOS jailbreak so far. All we can hear from them is, “if you want to have jailbreak, do not upgrade to iOS 8 for now”. While for many users, it is not possible to hold their horses and keeping their iPhones and iPads running on iOS 7, for many users, upgrading to iOS 8 is something done by “mistake”. Now, there is no working way of downgrading iOS 8 to previous iOS version at the moment (Oh, I miss those downgrading days..). Which means, once you upgrade to iOS 8, there is no way you can get back to iOS 7.

Now this same team is said to be working on iOS 8 jailbreak. While there is no confirmation of such news, the official page of Pangu Team on Weibo have something for us. A recent entry on their Weibo page suggest that iOS 8 jailbreak is on the way. The original update is in Chinese, and upon being translated using Google Translate, the update says something like this:

[Reminder] Just 1 day before iOS 8 official release, guess that devices except iPhone 4 can’t be restored with 7.1.2 firmware. If you want to jailbreak please grab the last moment. For iOS 8, we are already on the way..

Reading the translated text does not seem to make much sense but the last line probably means that iOS 8 jailbreak is on the way. One thing to note here is that there is no ETA given for iOS 8 jailbreak release. So before jumping on floor yelling “iOS 8 jailbreak is arriving soon…”, just keep in mind that “soon” can mean days, weeks or even months before we could finally see a working, safe, untethered iOS jailbreak.

It would be a relief to many who are eagerly waiting for iOS 8 jailbreak, but it would be too soon to expect a jailbreak release so early. As Apple is tightening the grip on security with each release of software and hardware. It is getting tougher and tougher to bypass the security at Apple’s gates. But we will keep our hopes alive and expect to hear good news soon. If you have not upgraded to iOS 8 yet, and want to retain your jailbreak, do not upgrade to iOS 8 before iOS 8 jailbreak is released. There is no way you can get back to iOS 7 and gain your jailbreak status back.

One more thing. There are plenty of websites out there which are/will claim to have developed iOS 8 jailbreak. They are scam. Do not fall for such scamsters. They will probably ask for money, filled with ads, and can harm your computer and iOS device with malwares. Be smart and wait for iOS 8 jailbreak updates.

What do you think of iOS 8? Is it worth upgrading to iOS 8 and lose jailbreak? Or it is smart to stay just where you are? Feel free to share your thoughts in comments. 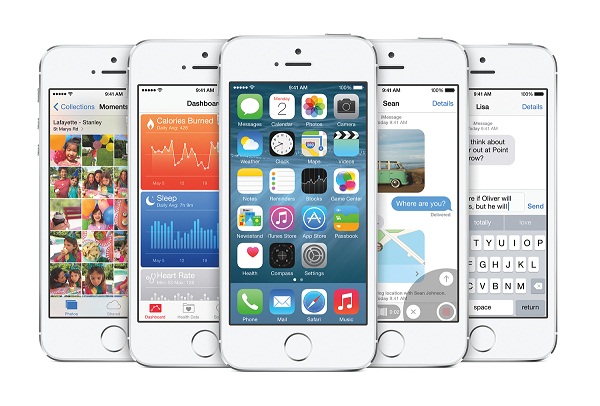