How to Upgrade and Jailbreak iOS 8.4 with TaiG

It doesn’t matter at which iOS version your device is at the moment. You can upgrade to iOS 8.4 right away.

Note : Yes, you can upgrade to iOS 8.4 using OWA updates but for jailbreak purpose, we need to fully restore using iOS 8.4 IPSW.

Before upgrading to iOS 8.4, backup your device with iCloud or a computer using iTunes. I prefer backup using a computer due to large size of backup and low bandwidth. Also, it makes easier and faster for me to restore using a computer. You can have your choice.

Turning off Find My iPhone/iPad/iPod.

Before you can proceed with restore, you will have to turn off Find my iPhone/iPad in iCloud settings on your device.

Go to Settings -> iCloud -> Find my iPhone/iPad and turn off the feature by entering your iCloud password.

iOS 8.4 IPSW might have finished downloading by now. Now we will restore using iTunes.

Open iTunes and select your device.

After your device has been upgraded to iOS 8.4, it is time to restore the data. You can do it later though. If you prefer to do it later, select Set Up as New iPhone/iPad/iPod at the end of initialization wizard.

Before proceeding with jailbreak, make sure passcode, Find my iPhone/iPad/iPod and WiFi is turned off on your device.

It will identify your device. Click Jailbreak to start jailbreak process. 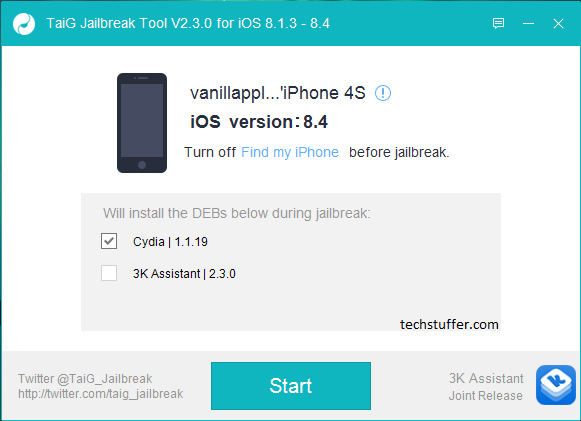 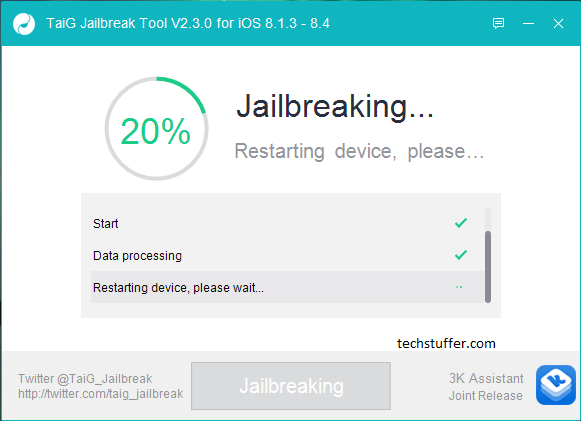 Your device will reboot during jailbreak process. Once finished, TaiG will show confirmation. 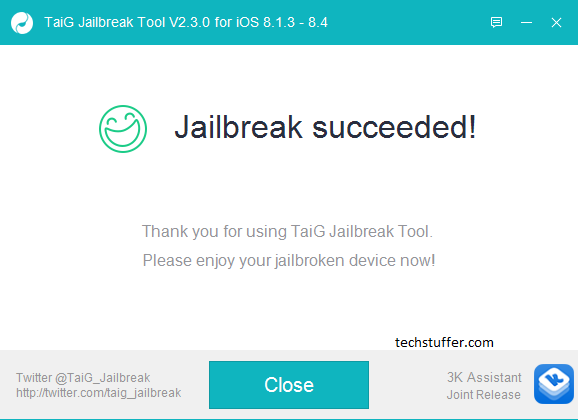 Upgraded your device to iOS 8.4? Check! Jailbroke your device using TaiG? Check! Now what? Well, now you can fire up Cydia and start installing your favourite tweaks to make your device much more useful. iOS 8.4 Cydia tweaks compatibility list is available here. Check if your favourite tweaks are compatible with iOS 8.4 or not before installing them. As iOS 8.4 is stable enough, developers will update their tweaks for iOS 8.4 soon if not done yet.