iOS version of the very famous and open source media player VLC has been updated with Apple Watch support. The latest build of VLC for iOS also brings in a lot of new features and improvements. This version is said to solve the multiple crash issues previous versions had along with lots of other bug fixes.

Apart from the built-in Apple Watch support, VLC for iOS v2.6.0 adds a few new features and performance improvements. VLC for iOS now features a mini-player which allows the users to browse library during playback. This version also adds the functionality to continuously loop playlists. It also adds support for password-protected Plex shares. 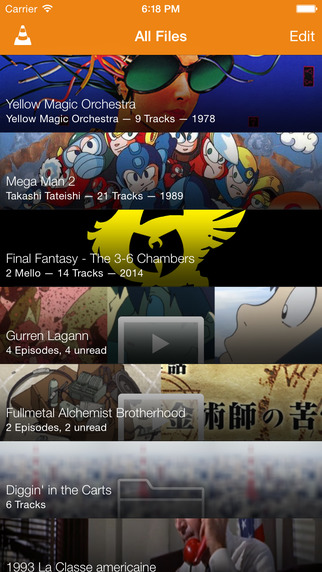 Thumbnail generation, and remote command support has been improved in v2.6.0. A bunch of crash issues have been fixed as well in this update.

Though the developers of VLC for iOS have claimed v2.6.0 bares performance improvements, the latest build of VLC for iOS is holding only three star ratings on App Store. Users are claiming that even after this update, VLC is still having crash issues. Users are reporting other issues as well.