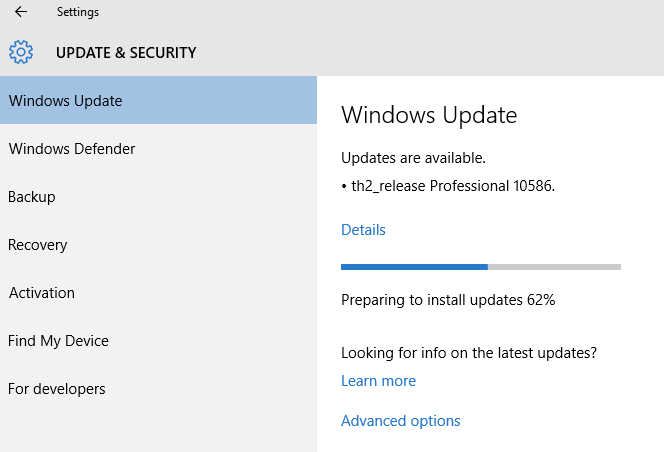 If you are interested in getting your hands on Windows 10 Insider Preview Build 10586, you must be a subscriber of Windows Insider program. After subscribing, you can download and try the software and operating system builds released by Microsoft under Windows Insiders. You should take a note that these are preview builds released for testing purpose and general use of them should be avoided until a final build is released.

Windows Insider program allows users to sign up for early builds of the Windows operating system and other software builds. Windows Insiders can opt-in to receive preview builds of software and give Microsoft feedback to help them make it better before it is made available publicly.

You can join the Windows Insider program by clicking here.

I hope this article has been informative to you and I’d like to thank you for reading.