Microsoft is yet to announce which changes today’s build 10586.71 carry, but it is assumed to fix bugs which were reported with previous Windows 10 build. The official description by Microsoft only suggests that cumulative update KB3124262 includes ‘improvements to enhance the functionality of Windows 10 Version 1511.’

KB3124262 is a cumulative update, meaning it contains all fixes previously released. Only the new fixes will be downloaded and installed on a computer having previous updates installed.

Windows 10 should automatically download and install cumulative update KB3124262 on your device, followed by a restart prompt. To force the update, go to Settings > Update & Security > Check for Updates. The update is will be listed as “Cumulative Update for Windows 10 Version 1511 (KB3124262)” or “Cumulative Update for Windows 10 Version 1511 for x64-based Systems (KB3124262)” on a 64-bit system. 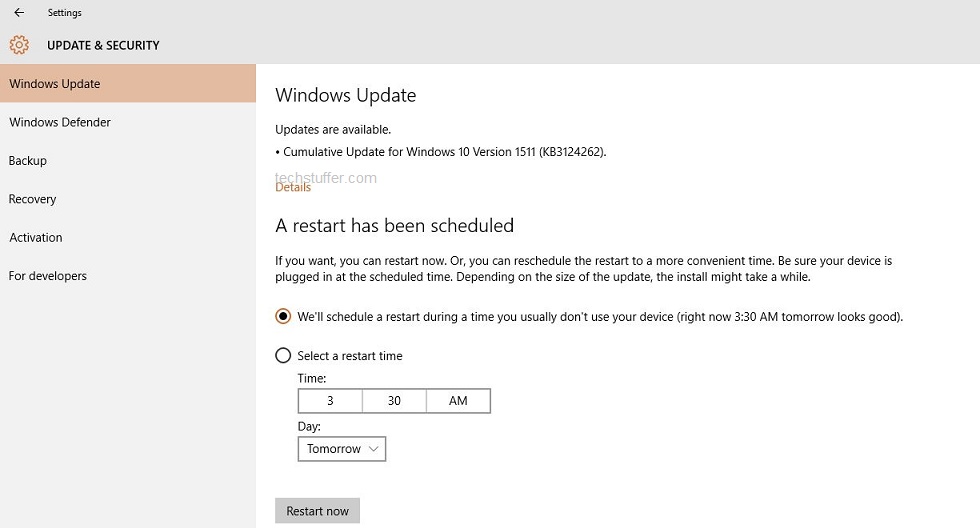 As this update is just released, it might take some time until it is delivered to your device.

Along with today’s Windows 10 Cumulative Update KB3124262, Microsoft has also released a new preview build (build 14251) for Windows Insiders in the fast ring.

Have you received the latest Windows 10 update? Share with us in comments.