Earlier yesterday, Microsoft pushed Windows 10 cumulative update 10586.79. The update (KB3136562) was later mysteriously pulled by Microsoft, possibly due to unidentified issues with the build. A Reddit user started a thread asking if other users received the same update.

The push-then-pull game of Cumulative Update 10586.79 happened pretty quickly, being hardly noticed by anyone. The user was however able to retrieve direct download links to the patch, confirming the update indeed took place. The update is still live on Windows Update servers, but not being pushed to devices.

Another user who downloaded the patch manually from Microsoft Update Catalog has confirmed the update gets installed and changes the build number to 10586.79. Any issues with the update remains unidentified so far.

Microsoft knowledge base page of this update (KB3136562) also remains unavailable at the moment. 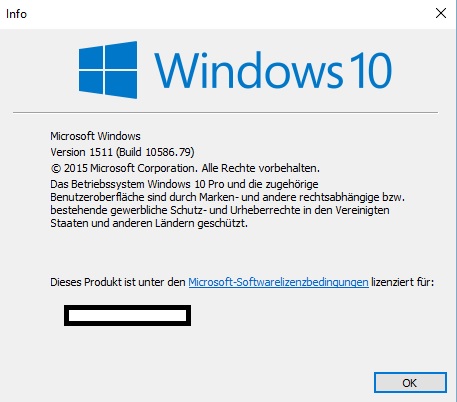 If you have spare Windows 10 machine for testing purpose, you can download and install this Cumulative Update directly from Windows Update using the links given below. Make sure not to install it on a machine you primarily use as the update might have unreported bugs which can make your device unresponsive.

If you install Cumulative Update 10586.79, let us know your experience with the build.

Meanwhile, let us wait for Microsoft to push a corrected update. We expect Microsoft to drop a fresh update pretty soon.