Preview build 14267 has been released from the Development Branch which means the build will be delivered first to devices that shipped with Windows 10 Mobile. Those devices include the Lumia 950, Lumia 950 XL, Lumia 550, Lumia 650 and Xiomi Mi4. The update will follow on other mobile devices soon.

An update should be delivered to eligible devices automatically, and it can be forced as well from Settings.

Easy to search music in Cortana: Like yesterday’s Windows 10 preview build 14267 for PCs, Microsoft has introduced a Music Search icon in Cortana for mobiles as well.  Just click the new music search icon on the top right of Cortana to have it listen and search for the song that’s playing. 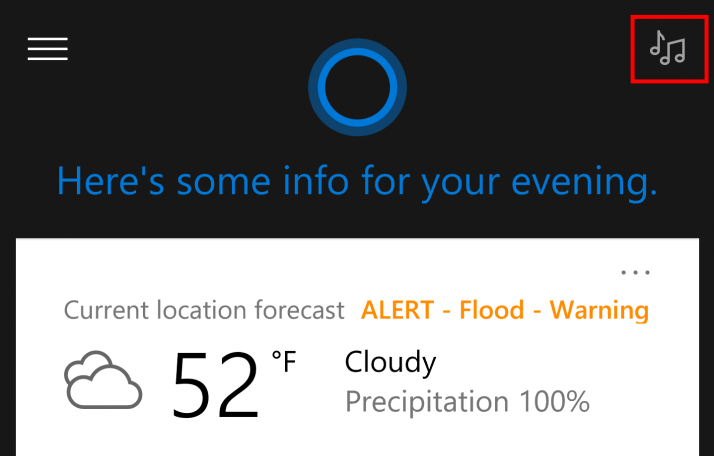 Download Prompts improved in Microsoft Edge: When a download is started, Microsoft Edge will show a prompt, allowing you to cancel unwanted downloads.

Messaging + Skype improvements: Now photos can be attached to Skype messages by tapping on the paperclip icon at lower left while composing a new Skype message. You can also invoke the Camera app to take a photo and attach it to a Skype message or send along your location.

There’s only one known issues with current preview build. Visual Voicemail notification and delivery is not working; causing devices to not receive any new visual voicemails.

As a workaround, voicemails can be manually checked by calling the voicemail to listen to any new messages. You can call your voicemail within the Phone app by clicking “…” > Settings > “Change more settings for Phone” > “Call voicemail”. This will also leave the Voicemail call in your history to make checking voicemail easier.

Are you an Insider? Did you receive this update? Share your experience with us.