What? Again? No, seriously? Okay let me close my mouth and get back to writing. A new patch released for older Windows systems adds “Upgrade to Windows 10” sort of banner to Internet Explorer 11. The patch KB3146449 was released alongside another security patch KB3139929 that resolves several vulnerabilities in Internet Explorer.

If reports are to be believed, the ‘functionality’ of this patch is to display a Windows 10 recommendation banner in Internet Explorer. When a new tab is opened, it displays a blue banner telling “Microsoft recommends upgrading to Windows 10.” In fact, this may be of lesser annoyance, because there’s more to it.

According to reports, there’s no way to remove this update from your system. If you wish to remove this annoyance, you have only one way to do so: remove security patch KB3139929. The reason for this is simple. KB3146449 is bundled with KB3139929 update meaning it can not be separately removed.

I told you Microsoft is pushing Windows 10 (way) too hard, didn’t I? Today’s ‘security patch’ just proves it further, and how!

Users are already annoyed with Microsoft’s desperation to push Windows 10 to them. Previously Microsoft started downloading Windows 10 files to devices even if users said ‘no’ to it. Microsoft also started displaying irritating “Upgrade now or upgrade tonight” notifications to users. 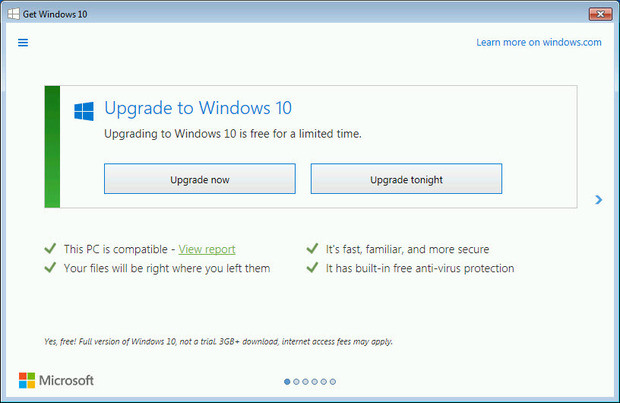 Did you receive KB3146449 on your device? Does it show such Windows 10 recommendation as reported? Do share with us.