Japanese instant messaging app LINE (referred to as Line afterwards) has added new capabilities to its voice call feature. Line has announced that now it will let you call up to 200 friends at the same time. Now, that’s a massive number of users on a single call and it surely puts Line ahead of its competitors like WhatsApp and Facebook Messenger.

To enjoy this mass-calling feature, you will have to update the Line app to the most recent version. Line has added support for its new group-calling feature in v5.11 on iOS and Android and v4.5 on Windows Desktop. Line will soon add the feature on Mac version as well.

At the moment, the new feature will be available in countries and regions outside of Japan, Thailand, Taiwan, and Indonesia and will be expanded to these countries later.

The feature can be initiated from within group chats or multiple person chats. The number of people currently participating in the call can also be confirmed from within the chat. 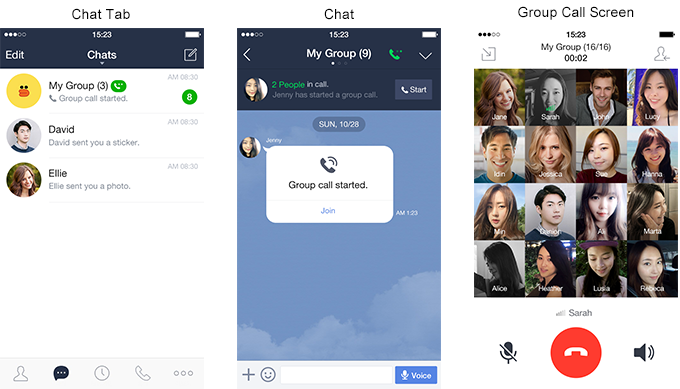 It is worth noting that the new group calling feature will work in voice calls only and video calls are not supported. It will be interesting to see if Line can provide call quality as good as it claims with such large number of users.

Are you using LINE? Do share your experiences with us.

You can download the latest version of LINE from iOS and Google Play Store below.