A top-ranked freemium game (free to play, paid in-app purchase), highly addictive gameplay and millions of downloads worldwide -this is how I can shortly describe Clash of Clans. Clash of Clans is hugely popular among gamers. You can literally (yes literally!) see people busy playing CoC just about anywhere around you.

The fan-base of Clash of Clans and newly launched Clash Royale is massive. Gamers obsessed with both games spend a lot of their time and money to advance in these games.

Gamer and YouTuber Chief Pat is one such fan. Pat is not just another CoC fan though. He’s one of the top-ranked players of CoC. His Twitter handle and YouTube channel are full of CoC updates and videos. He was even invited by Supercell -the makers of CoC and Clash Royale -to its headquarters in Finland.

Pat’s name and fame are not ending here. His YouTube channel has over 1.7 million subscribers, he has a verified Twitter handle which boasts more than 1,71,000 followers. Chief Pat recently did an AMA (his second AMA) on Reddit and revealed how much he has spent on Clash of Clans and Clash Royale games. 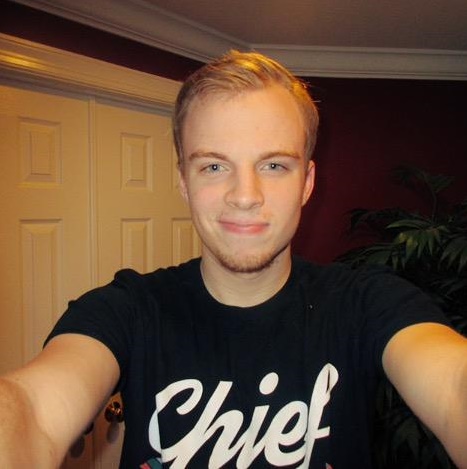 How Much Money Pat Has Spent on Clash of Clans and Clash Royale?

Answering a question on how much does he roughly spend on these games, Chief said he has spent over $30,000 on Supercell’s games -out of which he spent $18,000 on Clash of Clans and $12,000 on Clash Royale. Not to mention Clash Royale is pretty new game on the block.

In reply to the same question, he also said he doesn’t regret spending this amount of money on games. According to Pat, it’s a business expense as it’s his job to show off “all the coolest shit” to his subscribers.

I’ve never regretted it because YouTube is my job, it’s a business expense, & I gotta show off all the coolest shit for my subscribers, ya digg?

How Much Money Does Pat Make?

Redditors were also curios to know how much money Pat makes out of his channel and other endorsements. While Pat himself didn’t answer this particular question, other users were busy calculating his estimated earning.

This estimated amount of money reached over $30K to $40K per month as per assumptions by fellow Redittors.

In response to allegations of him being a bad player by another top player, Pat accuses other top-players of win-trading. Win-trading is alternating wins and losses with each other which helps players keep their top spots.

Throughout the AMA, Pat has many tips for fellow gamers. He also says he has no plans to stream on Twitch as he’s happy streaming on Komcord.

Want to read more about Chief Pat’s AMA? Head over to Reddit.

The Success of Clash of Clans and Clash Royale

Clash of Clans and newly launched Clash Royale are highest earning games for developer Supercell. Think Gaming estimates Clash Royale to be making more than $1.5 million per day. Clash of Clans which is old yet popular, makes more than $812K daily. Both games are among most highly rated games on Android and iOS marketplaces.

How did you find this article? Have something to add? Feel free to have your say in comments.