I Finally Bought Some ‘Coins’ and Sold Them for Profit: Here’s How I Did It

Lately we have been using the term ‘coin’ more for cryptocurrencies and less for our traditional coins we put in our pockets. Bitcoin, Ethereum, Litecoin, Ripple and hundreds of other digital currencies are all over news these days. Be it family dinners, public transport, social media, you can hear conversations about these ‘currencies’ almost everywhere.

Some experts are calling out Bitcoin as a huge bubble ready to explode while others are in its favor. Some predict that these digital currencies hold potential of taking over traditional fiat currency in future.

The first time I heard about Bitcoin was around 2009 – 2010. Bitcoin was just invented back then. When I came to know about it, it was said that hackers, smugglers, terrorists and other criminals etc. were using Bitcoin to perform anonymous transactions.

Although the concept of Bitcoin interested me a lot, I did not really see it as an ‘investment.’ I simply distanced myself from the subject and never heard about it until a few months ago when I read somewhere that the value of Bitcoin had reached new heights.

Slowly, terms like blockchain, cryptocurrency, Bitcoin etc. started becoming more and more mainstream. And this time, I decided to read about Bitcoin and understand how it worked. Day after day, I gathered some knowledge about this digital currency world. And one fine day, I decided I was going to buy some ‘coins.’ This is when my interesting and sometimes frightening journey into the world of digital currencies began.

Also read: So, You Want to Buy Ripple? Here’s How to Do It

The first time I came to know about Bitcoin, I knew it as a mysterious thing used mainly for shady activities. When I started learning more about the subject, I came to know people were making money off it. They were investing their savings into it, unaware of the risks involved.

The more I read about Bitcoin, the more interesting I found it. “So, there are going to be only 21 millions Bitcoins? Wow!” “Bitcoin are ‘mined’ by powerful computers by solving complex mathematical problems? Whoa!” These were some expressions I had when I was familiarizing myself with the Bitcoin world.

I read so many articles that explained how Bitcoin worked. I also read articles favoring Bitcoins as well as warning of it risks. One by one, I came to know about other digital currencies like Ether, Litecoin, Ripple, Doge and many more. By the time I decided to buy some Bitcoins, its value was nearing $19000. So I put my finger on Litecoin and decided to buy some.

Once I read enough about digital currencies and decided to buy some coins, it was time to look for services that allow you to buy and sell. 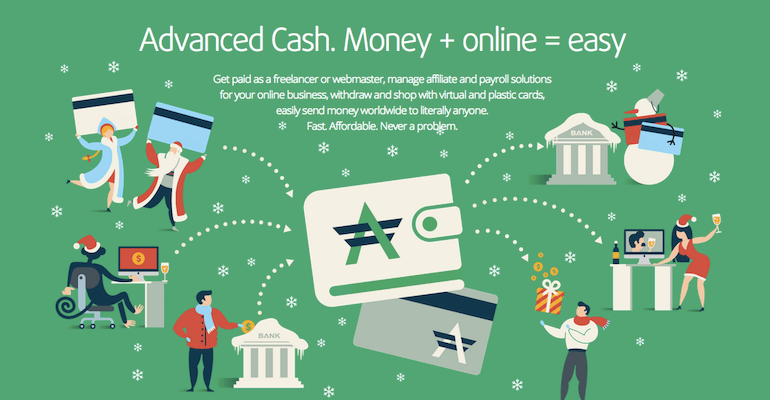 I came across many exchanges and wallets. Some exchanges looked like total scam while some had bad reviews in the community. Coinbase wasn’t operating in my country. Learning about different exchanges, I came to know what became of Mt. Gox which was hacked and coins worth millions of dollars were ‘stolen.’

Wandering across the wild web, I found a place where it looked like I could finally buy some coins. The exchange I found was UK-based EXMO. It had many options for adding money to your ‘wallet’ which you could then use to buy some coins.

But before I could add money to my EXMO account, I had to prove that I was me.

Fine, I will prove that I am in fact, me. They asked for an identity proof and an address proof. Government issued ID cards like passport, license etc were accepted as ID proof. Utility bills no older than three months were required as the proof of my address. When this would finish, I was also supposed to sign an agreement that would complete my identification process. 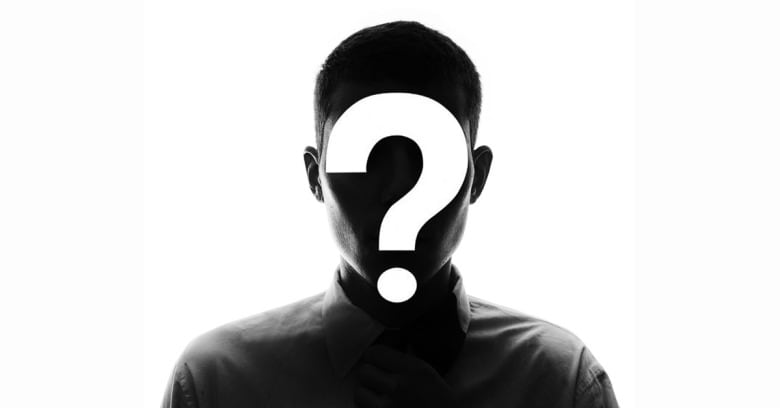 I provided my documents to EXMO and started waiting for them to identify me. One, two, five, seven – days kept passing and I wasn’t identified yet.

I contacted EXMO and received a response that they were flooded at the moment. It could take about 20 days before identification was completed.

20 days is a long time in the cryptocurrency world. I didn’t wish to wait that long. So I started looking for alternative ways to buy Litecoin. This search led me to Goldux which could take money from an online wallet and send Litecoins to me.

Now it was time to find a reliable service which would allow me to add money. This led me to Advanced Cash where I registered for an account and they too required me to verify myself before I could add money.

Great. Another service needs my documents. Fine, take them. I uploaded my documents and went to sleep. The next day, I was a verified user of Advanced Cash. Amazing!

Everything looked in order. I was now this close to buy my first coin.

In order to buy coins, I had to first transfer money to my Advanced Cash account. It supports multiple deposit methods including Visa/MasterCard, bank transfers and other third party online services.

I used my Visa card. To make sure it was my card I was using, Advanced Cash asked me to perform additional verification steps. I complied. Within some hours, I was verified as the owner of the card and transaction went through. 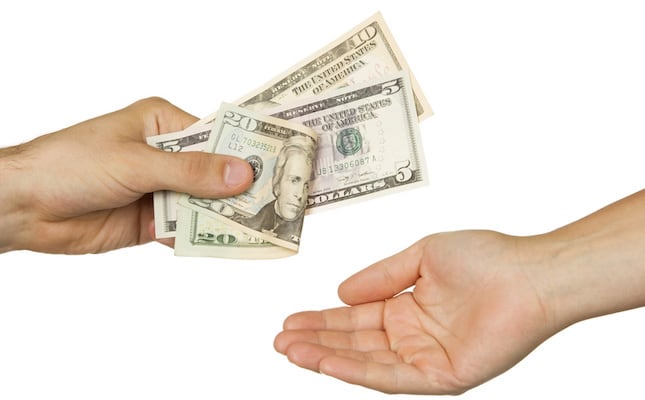 In this very first transaction, I transferred $100 to my Advanced Cash account. Once this was done, I was now ready to send this money to Goldux and receive my Litecoins.

To receive Litecoins, I needed a wallet that would hold my coins first. So I downloaded Loaf Wallet and it generated a Litecoin address for me.

I provided this address to Goldux, sent my $100 (minus the transaction charge) and began waiting for some coins to arrive in my wallet.

It took a little more than one hour before I received my coins, err, a coin. At the time, the price for one Litecoin was a little less than $100. I received one Litecoin for the amount I paid Goldux. Seeing a Litecoin successfully arriving in my wallet, I did the process again and bought one more coin.

I was now in possession of two Litecoins. Awesome! What came next was the constant urge to open Loaf wallet app on my phone and see the value my coins had generated. I did this obsessively multiple times a day. Every time I opened my wallet, my coins were worth a little more than they previously did.

That’s it, let’s sell this thing and see if it makes me some real money. I paid Goldux a visit once again. This time, I sent them coins and they sent money to my Advanced Cash account. This process took about two hours. 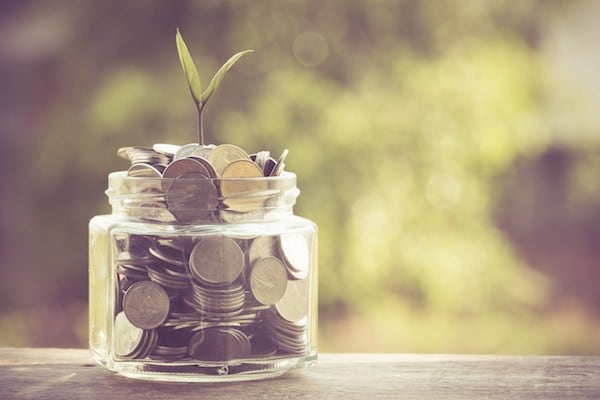 This search led me to ecoinexchanger.com which let me transfer money from Advanced Cash to PayPal. This took the exchange almost three hours. Once I received the money into my PayPal account, I initiated a final transfer to my bank account.

The next day, the money was in my bank account. This however, wasn’t a complete amount of $600. Starting from the first transaction from Loaf wallet to Goldux, every service charged me some good chunk of money.

Buying Some More Coins and Selling Them Again

A few days after I sold my Litecoins, its price came down. I also came to know about Ripple which was priced around $0.00200 per coin. My EXMO account was also verified by now.

After a successful journey of buying and selling Litecoins with profit, I put the amount I received into buying some Ripple coins. I added money to my Advance Cash wallet, then transferred it to EXMO wallet and bought some Ripples. This amount gave me around 500 Ripples.

I also bought a small fraction of Bitcoin and once its value increased by a few percents, I traded them for Litecoins. This process however, made me no profit at all.

After going through a few days of ups and downs, I sold my Ripples when its price reached around 0.600. Some days later, I sold my Litecoins too for a small profit.

After receiving all my money back to my bank account, I decided not to ‘invest’ it again. I had learned everything I wanted to learn about this digital currency world.

I Bought Some ‘Coins’: Summary

Once this whole process that lasted about three weeks was finished, I learned a lot about digital currencies, blockchain technology, different services used for such transactions and a lot more. I also read articles in favor and against of Bitcoin and friends.

My curiosity led me to ‘invest’ some small amount of money to buy some ‘coins’ that currently hold no value in real world. I used services of EXMO exchange, Goldux exchange, and Advanced Cash to buy and sell these coins.

I did not intent to buy these coins to make profit and get rich overnight so I sold my coins which still earned me some profit. During this whole process of transferring money and buying/selling coins, I ended up paying a lot of my real money to exchanges.

Bubble or not, Bitcoin is surely an interesting thing I have come across. This short journey was an exciting one, indeed. But seeing the value of my coins going up and coming down was sometimes not that exciting at all.

I have high hopes from this whole Bitcoin and co. scene. It could change the way we spend our money but it needs some more time and community efforts to be accepted in the real world. Right now, everyone is busy making money off it. So I don’t see that happening anytime soon.

Have you bought some coins? How did you do it? What are your thoughts about this whole Bitcoin and digital currency scene?