A recently discovered malware named XcodeGhost has affected a number of Apple’s Appstore apps in China. This sophisticated attack was executed by uploading malware-affected apps to Chinese appstore. Apple has a strong policy of approving apps submitted to appstore and how these apps affected by XcodeGhost went past Apple’s security check is a question which is haunting users as well as Apple itself. So far, there are hundreds of apps discovered which are affected by XcodeGhost including Angry Birds 2 and WeChat. Apple have confirmed this security breach and have also removed the affected apps from the appstore. Meanwhile, Pangu Team, the Chinese team behind recent iOS jailbreaks have released a tool to check if a device has been affected by XcodeGhost malware.

Note: This process requires you to install an untrusted app from Pangu and trust it in order to work. Process further only if you trust the developer (Pangu). Pangu has been known for releasing recent jailbreak tools for iOS 7.1.X and iOS 8. If your device is jailbroken at the moment, you might already be using Pangu’s jailbreak.

To check if your device is affected by XcodeGhost, navigate to Pangu’s website using Safari or Chrome on your iOS device. This site is in Chinese. Tap on the blue button at the bottom. It will pop-up a confirmation that ssl.pangu.io would like to install XCode. Tap on install to start installation process. 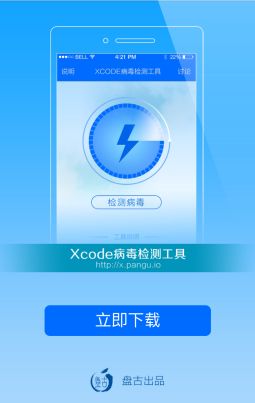 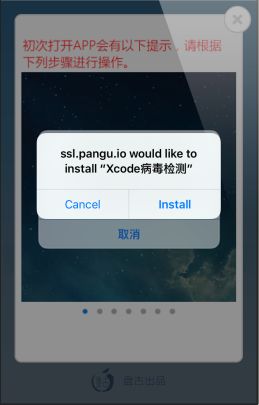 After the installation is finished, head over to Settings -> General -> Profiles. You will see a new profile under Enterprise App. Open this profile named Shenzen Avaintel Technology and tap Trust. Confirm your action by tapping Trust when asked. 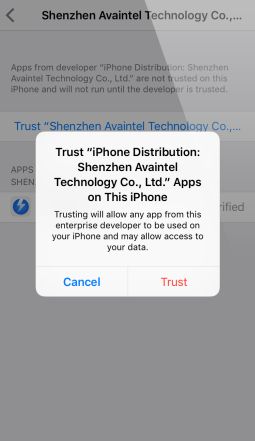 After this, go to homescreen and open the app installed by Pangu. Tap the blue button in the middle which reads 点击检测Xcode病毒 to start the checking process. Once the process is finished, it will show a green check mark if your device is not infected with XcodeGhost. Otherwise, it will show a list of infected apps which should be removed until further update from the app developer. 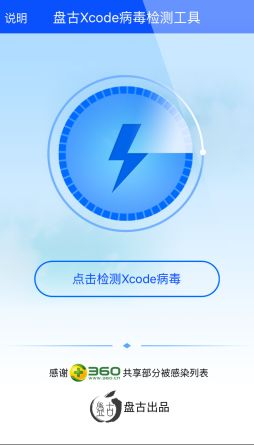 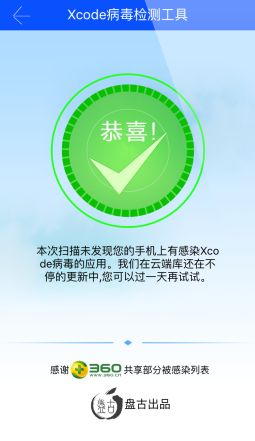 You were reading how to check if your Apple device is infected with XcodeGhost malware on techstuffer.com. If you found this tutorial useful, please share with others. You can follow me on Twitter and join Tech Stuffer on Google+.