Bring me even more popcorns. This is getting more interesting.

[mks_dropcap style=”square” size=”52″ bg_color=”#ff3b3e” txt_color=”#ffffff”]H[/mks_dropcap]ave we reached a conclusion on who copied whom? Did HTC copy Apple’s iPhone 6s design for their One A9? Or have Apple copied HTC’s ‘uni-body metal-clad phone’ which they released in 2013? I am really not sure and that’s why I keep asking for popcorns, because this is getting more interesting with every move made. Upon being accused of lifting their One A9’s design from Apple iPhone 6s, HTC responded that it’s Apple who copied them. ” “We’re not copying. We made a uni-body metal-clad phone in 2013. It’s Apple that copies us in terms of the antenna design on the back.” Jack Tong, president of HTC North Asia claimed. We haven’t seen a response from Apple so far, but HTC doesn’t seem to stop copying. A new One A9 advertise released by HTC is lifted from Apple’s 1984 Macintosh computers which tries to lure consumers by poking fun at Apple.

Apple’s first Macintosh advertisement, which was directed by Ridley Scott, features an athlete rebelling toward an oppressive regime by throwing a hammer. In this regime, everyone looks acts the same. IBM used to be that ‘oppressive regime’ in that era and Apple wanted people to be different by buying buying Macintosh instead of IBM’s computers. Now HTC has recreated the classic advertisement and the want consumers to ‘break free’ of Apple’s regime and buy HTC’s phone instead.

Same way, HTC One A9 advertisement also shows a bunch of people who look and acts the same. A young man, user of HTC’s One A9 smartphone, runs across to ask them to ‘be loud, be free, be inspired and be brilliant’. In one scene, the young man even kicks a pile of apples which impresses a girl from the regime. The girl ‘breaks free’ and joins our guy. Eventually other people joins the two as well.

Watch HTC’s One A9- Be Brilliant Advertisement

HTC has used a ‘brilliant’ idea of advertising their One A9 smartphone which according to many, is a clone of iPhone 6s, by ‘cloning’ an ad from Apple it self. I had to pause the HTC commercial at 00:56 because it looked like an iPhone to me and I just wanted to make sure whether HTC just showed an iPhone in their commercial. But nope, it had HTC written on the back.

I’m not judging who copied whom here. But what do you think? Did HTC copy Apple or HTC are the trend-setters and Apple followed them? Feel free yo express your views.

Here’s a comparison of HTC One A9 and Apple iPhone 6s, just for science you know. 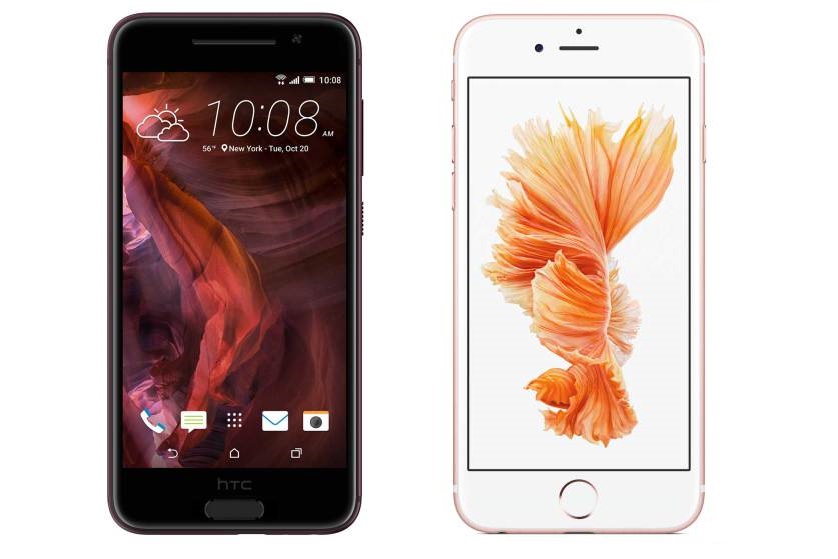 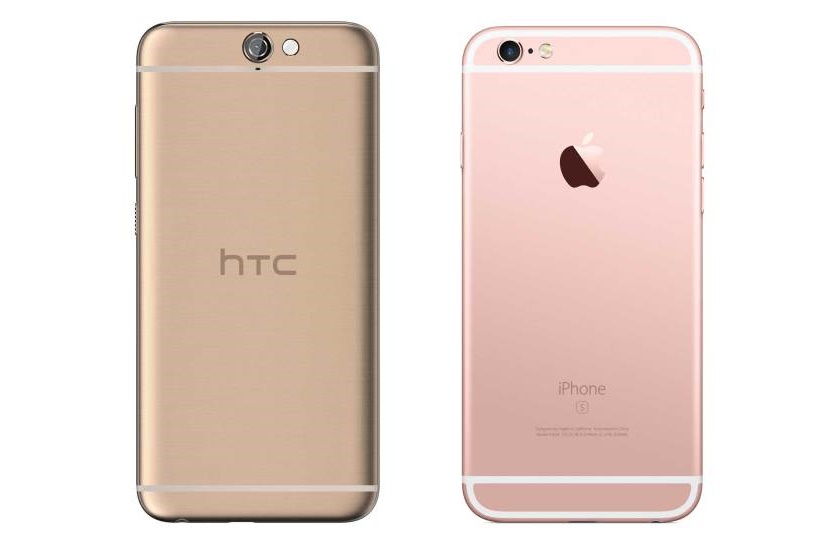 Is my bigger popcorn tub there yet?