Microsoft seems to be going through an app-frenzy. From email client to office-suit, from calendar app to alarm app, from note taking app to news app, from event planning app to a selfie app, you name it. Microsoft has developed more than 100 apps available for Android and iOS. Now Microsoft Garage has developed a new app which can recognize dogs and classifies them by their breed.

Microsoft’s new app is called Fetch! and is available for iOS only. Fetch! recognizes a dog’s breed from its photo. Fetch uses Microsoft’s “machine-learning” to process images. It makes use of algorithms from Microsoft’s research team and claims to deliver correct answers each time.

Fetch! app also carries an extension collection of breeds which contains information such as dogs’ disposition, size, coat and what types of families are best suited for each. Fetch! has a fun mode as well which lets you find out which dog breed you and your friends are by uploading your photo.

This is the kind of app you’re going to take out when you’re with your friends. You’ll make fun of each other, comparing which breeds you look like, and posting the tagged photos.

To identify a dog, simply download Fetch! from App Store upload a dog pic. The app will analyze the photo and show the result almost instantly. Along with dog’s breed, Fetch! displays a small characteristic of the breed. It can also tell if a picture does not have any dog in it.

Fetch! team has also developed a website which lets you identify dog breeds from a web browser. 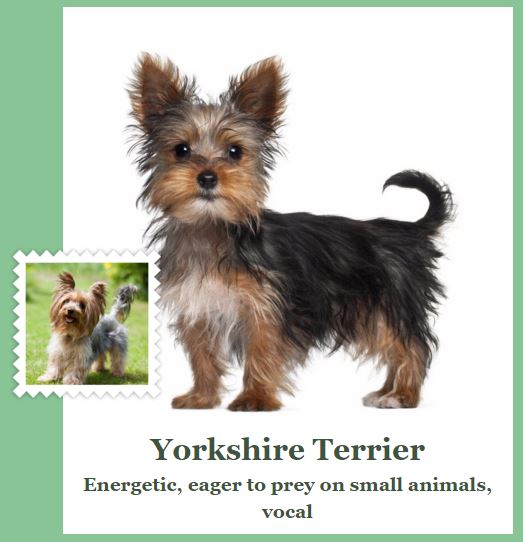 The fun mode can match your face and tell which dog breed you are. Now this sounds like fun. Upon uploading Satya Nadella’s picture, Fetch! classifies him as German Shepherd and says “[it] must be kept busy. Intense, highly intelligent.” Clever match that is!

Fetch! identified Jim Carrey as Staffordshire Bull Terrier which is described as strong, driven to prey on small creatures and affectionate.

Just for testing, when I uploaded hyena and wolf pictures, Fetch! identified them as dogs as well. It labelled a wolf as Siberian Husky and hyena as Shiba Inu.

Fetch! app can be downloaded for free from App Store. You can also use the same app from its website – www.what-dog.net.