Stop Everything and Update Your WordPress Sites Right Away

Okay, accept my apology for using such a cliché title but it’s extremely important that you update your WordPress sites right now. In fact, you should stop reading this, too and update your site before reading further.

A serious security vulnerability has been discovered in recent versions of WordPress that could leave your site open to hacking attempts. The latest version of WordPress (version 4.7.2) – which has been available now for about two weeks – fixes this vulnerability.

According to its changelog, WordPress version 4.7.2 – the latest version of WordPress fixes four of the following security issues.

All these security holes leave previous versions of update open to defacements. While the first three fixes were initially disclosed to the public, the last vulnerability – known as WordPress REST API Vulnerability wasn’t disclosed until one week after the release of WordPress version 4.7.2.

The reason for this was to allow website owners enough time to update their software and to stop this security hole from being mass-exploited.

Although the WordPress developers waited for a week before making this security issue public, the damage has already been done – and continues to be done.

While most web hosts like SiteGround provide auto upgrade feature for WordPress installations, many site owners simply don’t use it for whatever reasons. It has been two weeks after the update was made available but there are a number of WordPress sites that has been defaced by malicious users by exploiting this security hole.

Hackers are leaving signs of hacking by editing the title of blog posts and replacing it with something like ‘hacked by NG689Skw.’ If you search this term on Google, you will see a large number of sites that contain this string in their titles. 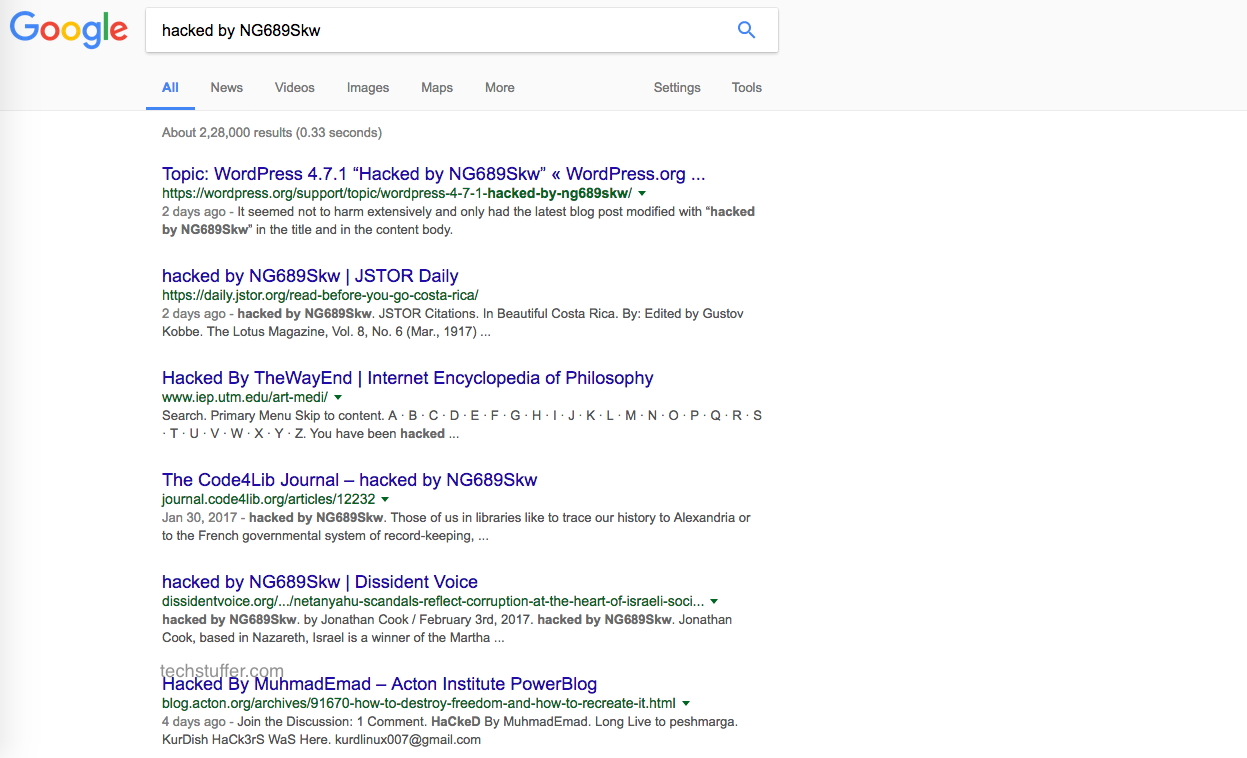 According to a blog post at Sucuri – the security firm that discovered the REST API Vulnerability – a large number of successful hacking attempts have taken place in less than 48 hours of this vulnerability being disclosed. Multiple public exploits have been created and shared online – making it easy for anyone to target a website running an outdated version of WordPress.

Is My Site Affected by This Vulnerability?

The WordPress REST API was recently added and enabled by default since version 4.7.0. If your WordPress site is running on version 4.7.0 or 4.7.1, then your site is vulnerable.

If you are running version 4.7.2, then this security hole has been patched on your site. This update could be applied either automatically by WordPress or your web host, or manually by yourself.

My Site Has Been Hacked. What Should I Do?

How to Avoid Such Attacks in Future?

Most web hosts can automatically update WordPress installations on their servers. They will send you an email when a new version is available. If you had turned this feature off for whatever reason, or you are unsure whether you have turned it on or not, you should contact your host right away.

Don’t use cheap web hosts that don’t pay attention to its users’ security. This ‘cheap’ hosting comes at a cost. Insist on hosting your sites with well-known hosting providers like SiteGround who take your security seriously.

Always keep a fresh backup of your site. You should better be safe than sorry. You can use plugins like UpdraftPlus (free) to backup your WordPress sites.

Update Your WordPress Sites: Summing Up

If your site has been hacked, make sure you remove every sign of defacement before bringing your site online again. Your visitors will surely not like to see a defaced page and it could damage your brand and trust.

That’s it, folks, this was Parvez and you were reading ‘Stop Everything and Update Your WordPress Sites Right Away’ on techstuffer.com. I hope you found this blog post worth your time.