VeraCrypt Is Working with macOS Big Sur (and M1 Macs) 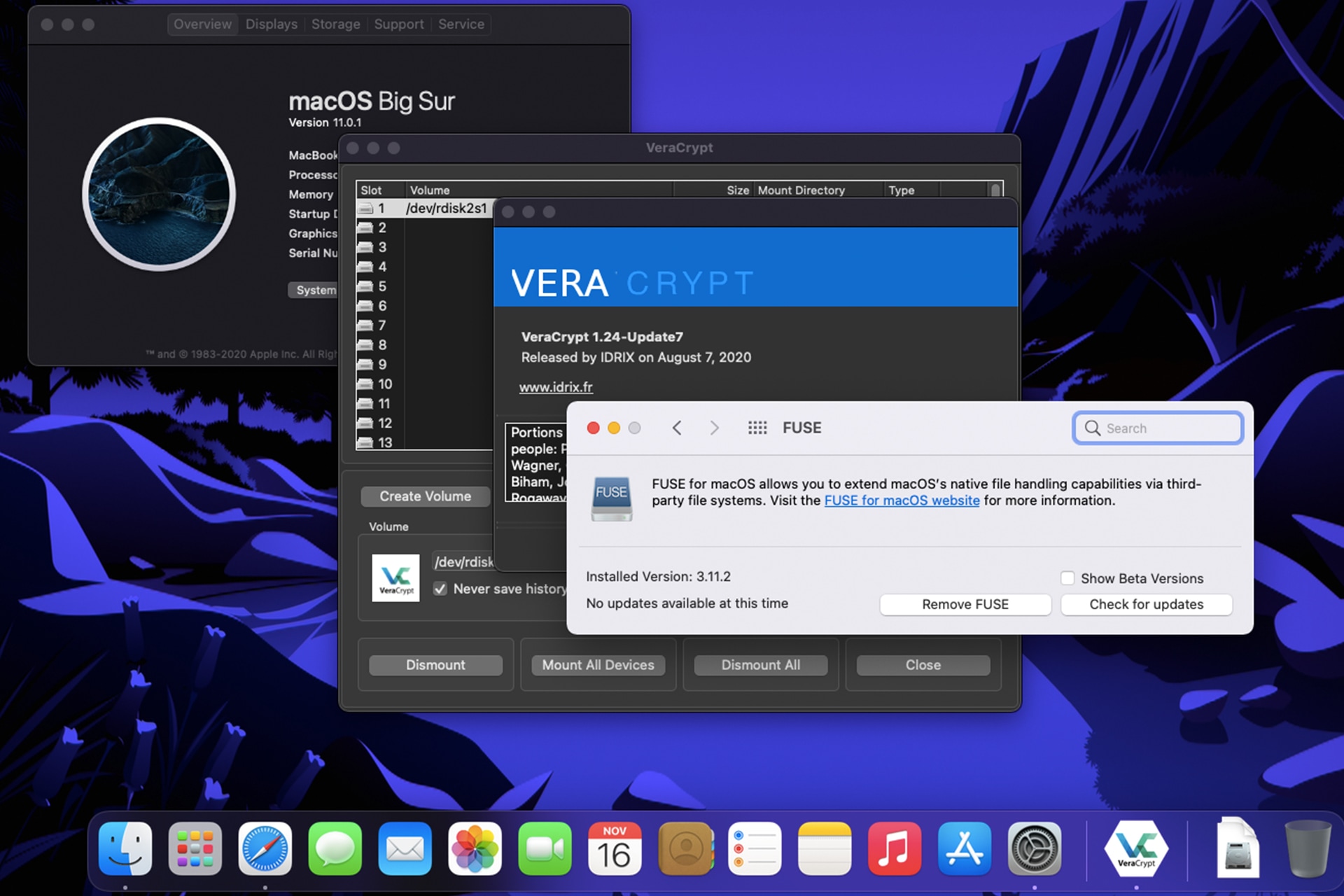 I encrypt all my external hard drives with VeraCrypt and hence, it’s one of the first apps I install every time I upgrade to a new version of macOS. Due to the changes introduced by Apple in macOS Big Sur, app developers have to make changes to their apps for them to continue working. Firewalls, VPNs, ad blockers like AdGuard are some of the apps affected by these changes and have been updated to adapt.

VeraCypt has been a reliable and actively developed fork of TrueCrypt since the latter’s demise. It relies on OSXFuse to work and some users have reported that it no longer works on macOS Big Sur. Some even panicked thinking they would lose their data unless they downgrade to earlier macOS version.

Because OSXFuse has been updated to adapt to new macOS changes, VeraCrypt, too, has to be updated in order to continue working. The last update to the encryption app was about three months ago and we haven’t heard about any upcoming updates from Idrix. Even though the app isn’t updated, it does work with macOS Big sur.

I just updated my Mac to Big Sur and can confirm that both FUSE and VeraCrypt are working fine on macOS Big Sur 11.0.1. I downloaded and installed FUSE version 3.11.2 (remember to allow the extension under Settings > Security & Privacy ), followed by VeraCrypt_1.24-Update7 and was expecting an error upon launching VeraCrypt. But not only it launched without issues, it also let me mount my hard drive as usual. I figure the problem reported by users seems to be related to FUSE versions 4.0.0 and above.

FUSE version 4.0.0 adds support for Apple Silicon among other changes and is now called FUSE for macOS. If you were struggling to get VeraCypt working on macOS Big Sur, you simply need to install OSXFuse version 3.11.2 before installing VeraCrypt. Make sure to uninstall other FUSE version if it’s present. When VeraCrypt receives an update, it should make appropriate changes to adapt to newer FUSE builds.

Note for Macs with Apple Silicon (M1) chip: FUSE can not be installed the usual way on new Macs with M1 chip. There is a workaround that must be followed to get FUSE and in turn, apps like VeraCrypt, Cryptomator, pCloud etc. working on these new Macs.

Update #2: VeraCrypt and FUSE are also working with macOS update 11.1.

That’s all, folks. This was a quick update on VeraCrypt compatibility with macOS Big Sur. Try it yourself and let me know if it works for you.