iOS 8 Worldwide Release Time Table : When iOS 8 Is Releasing in Your Country?

17th September. Today is the day when Apple is releasing the eighth major edition of its mobile operating system: iOS. iOS 8, labeled “biggest iOS release ever”, was announced by Apple at World Wide Developer Conference on June 2 2014. Now after three months of beta period, today is the day when iOS 8 is going to be made available to end users. Now all those Apple lovers like us are holding their breath for iOS 8 release. Apple releases iOS 8 according to the timezones in different countries. To know iOS 8 release time according to your timezone, refer to the chart below. 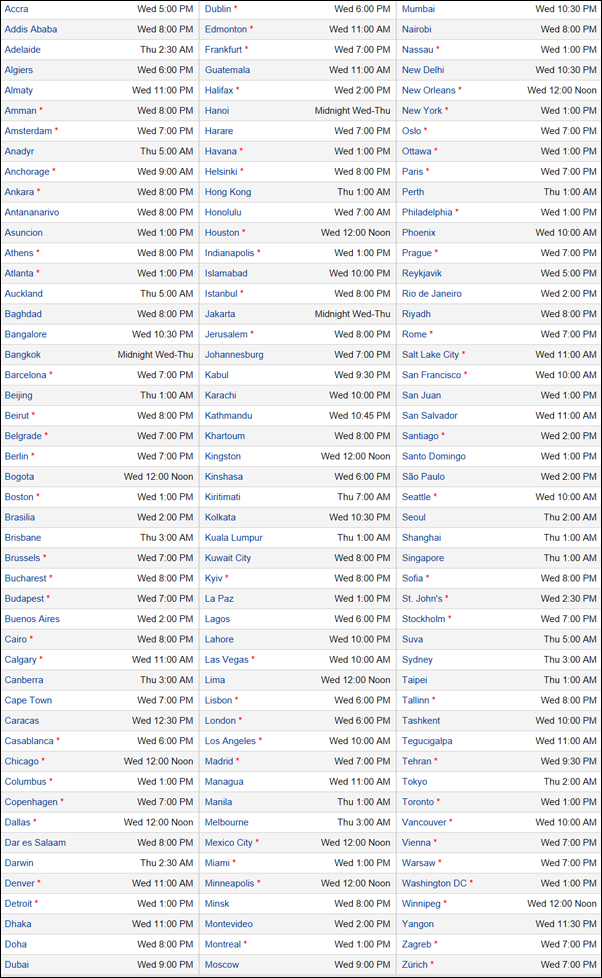