[mks_dropcap style=”square” size=”52″ bg_color=”#ff3b3e” txt_color=”#ffffff”]T[/mks_dropcap]he folks at Microsoft has just realized that taking away free OneDrive storage from their beloved and faithful users was a bad idea. After leaving users angered, Microsoft has decided to let OneDrive users keep their free storage which they reduced to 5GB earlier in November. An entry made on OneDrive Uservoice page finally received an answer from Microsoft after it received more than 72,000 votes by annoyed users during one month.

Douglas Pearce, Group Program Manager at Microsoft responded to the entry on Uservoice which suggested Microsoft to give users their free storage back, saying they were truly sorry and would like to apologize to the community. Douglas also accepted that they ‘realize the announcement came across as blaming customers for using OneDrive.’ Microsoft’s unexpected change in OneDrive storage limits left users angry, annoyed and frustrated. It even let to a petition on Change.org.

We’ve heard clearly from our Windows and OneDrive fans about the frustration and disappointment we have caused. We realize the announcement came across as blaming customers for using our product. For this, we are truly sorry and would like to apologize to the community.

In addition, Douglas also made it clear that Microsoft is not dropping the plan of reducing storage as announced earlier. But they have a new offer for those who were affected by the decision. Microsoft hopes that the new proposal will make the situation better for ‘their biggest fans’.

Related: List of OneDrive storage changes to come in effect after January 2016

[mks_pullquote align=”right” width=”300″ size=”24″ bg_color=”#f0f0f0″ txt_color=”#ff3b3e”]We are all genuinely sorry for the frustration this decision has caused and for the way it was communicated.[/mks_pullquote]

Microsoft is not reverting its plan to no longer provide unlimited storage to any user. All new and current Office 365 Home, Personal, and University subscriptions will include 1TB of storage as announced earlier.

A subscriber who received additional storage as part of an unlimited offer will be able to keep the storage for at least 12 months. Users who are unhappy with the decision to not offer unlimited storage will get a full refund.

A free user having over 5GB of data who is affected by the decision of reduced storage will receive Office 365 Personal subscription which includes 1TB storage, for one year. Affected customers will receive an email with redemption information early next year.

How to Claim Your Free OneDrive Storage Back?

Click the link to claim your Free OneDrive storage – https://preview.onedrive.com/bonus/ 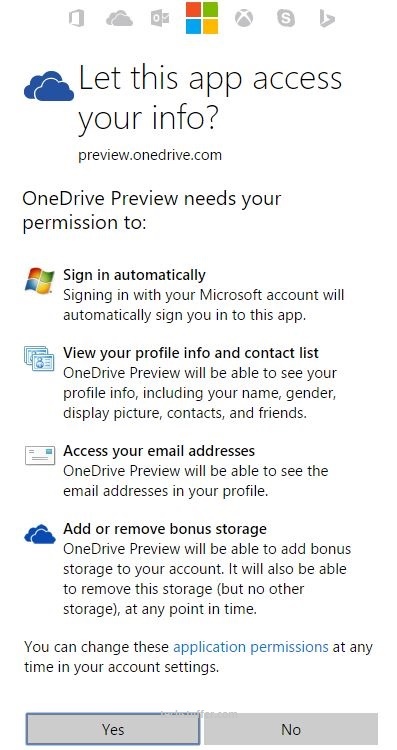 After this, you will see success message.

That’s it, you have now claimed your free OneDrive storage back and your account will not be affected by upcoming changes in January 2016.

The changes coming in effect from January 2016 will affect every user who do not opt in and claim OneDrive storage back before 31st January 2015.

The reason behind change of heart of Microsoft is understandable. No company will ever want to frustrate and annoy its users with change of decisions and breaking promises. And in this case, free users of the service were being punished thanks to the misuse of service by a bunch of users who had unlimited storage.

After Microsoft’s decision to reduce OneDrive storage for all users, many users opted for other cloud providers such as GoogleDrive. Users agreed they used OneDrive because they were given more storage than other providers but the Microsoft’s sudden announcement made it look like their decision was wrong.

It took Microsoft one month to decide weather they should re-consider their decision. Now they have been victim of obvious embarrassment by reverting their own decision which was itself wrong in first place. A company like Microsoft who claims to listen to the voice of users should always consider what can be the impact of their sudden decisions.

Anyway, users have now got their storage back. But the question is whether those who have moved away from OneDrive will come back.

Even after Microsoft changed its mind, there are number of users who are still not happy. The OneDrive Uservoice page is receiving negative response from users after Microsoft responded.

“Thank you for sticking with us.” A bit late for that, I’m already helping friends and coworkers migrate to Google Drive. – Wrote a user clearly not happy with Microsoft.

Microsoft is just doing this to shut us up. They’re betting on most people to not click on that stupid link to keep what should have been rightfully theirs in the first place. Microsoft doesn’t care about any of us. Move to Google Drive or another competitor. – Commented another angered user.

Too little, too late. Goodbye Onedrive, Lumia, and WIndows. Hello Google Drive, Android, and Linux. – A user who moved to Google and Linux products from Microsoft’s.

The lesson: A company should never think what they’re doing is always right and listen to end-users before rolling out changes to a products which consists of large user base.