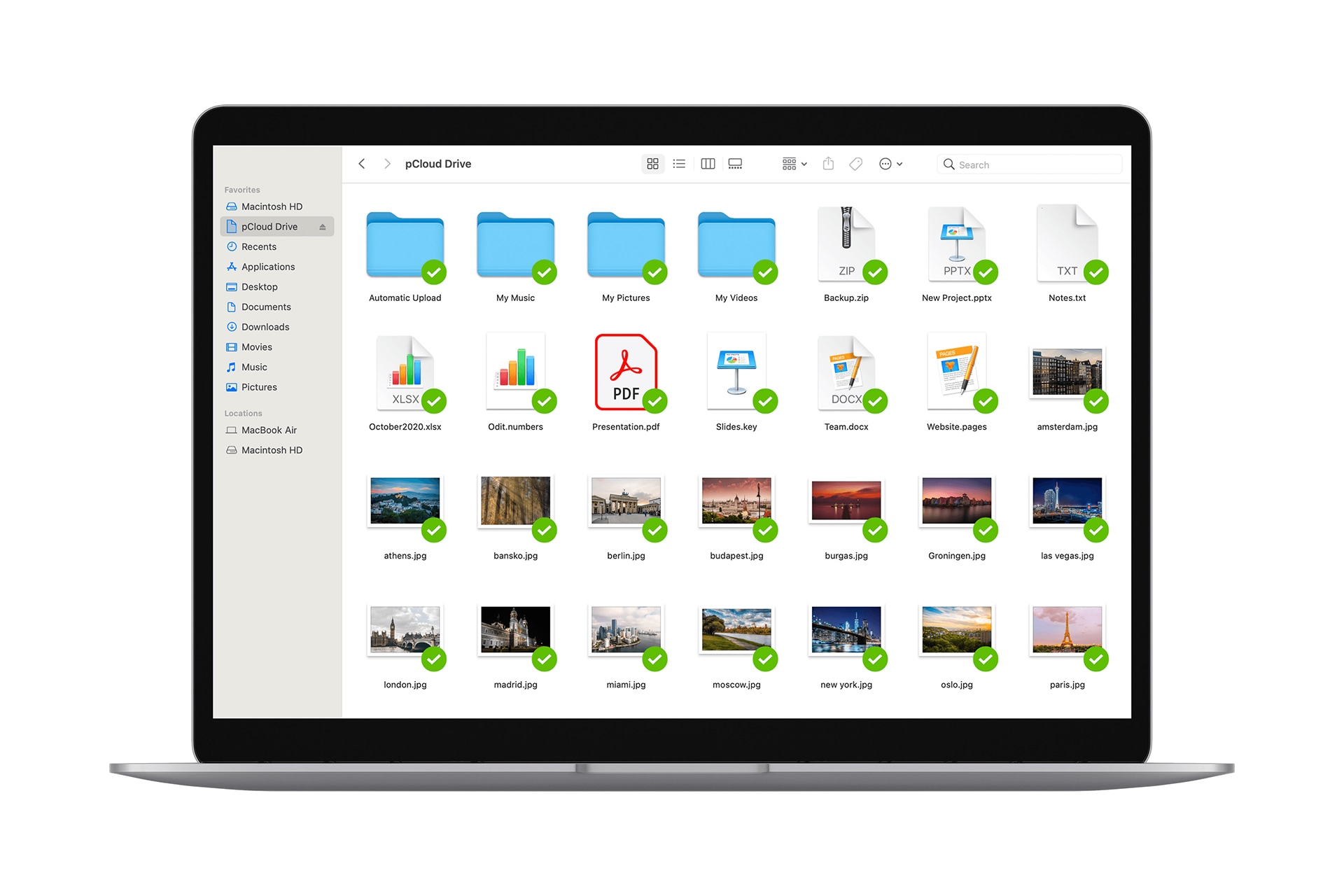 With people becoming more aware about digital privacy, the demand for trusted service providers is on the rise. From emails to chat apps to cloud storage to notes – users are ditching popular ‘big tech’ services in favour of services that offer privacy and encryption as a default.

ProtonVPN and Tutanota have made a reputation in encrypted email space. Signal is your go-to app for end-to-end encrypted messaging. Mullvad and NordVPN are my recommended no-log VPNs. Similarly, there are cloud providers that offer zero-knowledge e2ee storage. The rising popularity of these services prove that users care and are willing to pay for the privacy of their data and communication.

Most of these paid services are subscription-based and these is nothing wrong with that. But when possible, people prefer to pay a one-time fee and use the service for as long as they can instead of paying monthly or yearly. Lifetime plans offer better value for money in the long run and also save you from future price hikes.

In the world of encrypted cloud, there are only two providers that offer lifetime plans. Both of them are discussed below.

If you ask me to suggest the best encrypted cloud, I will suggest pCloud in an instant. I have used pCloud’s paid plan for over a year and I can say it’s the best cloud provider I have used. After finding pCloud, I was able to move away from those ‘big tech’ clouds like Google Drive and be at peace when I thought about the privacy of my data.

Switzerland-based pCloud offers probably everything you might look in a cloud provider. You can share your files and invite others to collaborate. Using pCloud’s desktop apps, it’s possible to mount a ‘virtual’ drive which presents you with all your files without taking up space on your device. This feature comes in really handy when you work with lots of files and folders. You don’t need to download data that you don’t need while still being able to work on files you do need. Think of this as an external hard disk that you use to expand your storage – as long as you have internet, you have a virtual drive ready with your data.

In addition, you can select directories to be synced with the cloud. When you add, remove or modify files in these directories, pCloud app automatically syncs them to the cloud. These changes are reflected on all your devices.

There are some features that professionals will like. Using Branded Links, you can showcase your files in album/portfolio-style layout. Each album can have their have their own title, description, cover image etc. This can be useful for showcasing, say, wedding albums or client portfolios.

Other pCloud feature that I like is the ability to preview files in its mobile apps. This includes audio and video files as well as images including RAW file support. I don’t usually preview RAW files on my phone but knowing that I can – especially when I am away from my laptop – is a relief.

pCloud does not impose a limit on the file size unlike many other cloud providers. This is a relief for professionals who often work with huge files. The bandwidth you consume while downloading and uploading is also not throttled, regardless of the amount of data you transfer. File versions and trash are limited to 30 days but can be extended up to 1 year with a paid add-on.

pCloud offers data storage in European Union or United States. The region can be chosen while signing up or at a later stage.

Now, pCloud does not offer zero-knowledge end-to-end encryption as a default. It rather makes it optional for users to have e2ee using a paid add-on called pCloud Crypto. And before you ask why should you pay for encryption while you are already paying for the cloud, I will tell you that I think it’s a smart move. There are users who will suggest ‘trust no one, encrypt everything.’ So if you don’t trust a third-party with your data and prefer to encrypt it yourself using a tool like Cryptomator before uploading, you don’t need to pay the cloud the encryption. This way, you save money while still enjoying a robust cloud. If you don’t like to go through that hassle, you can opt for pCloud Crypto.

In the end, it’s worth mentioning pCloud’s desktop and mobile apps that are available for Windows, Mac, Android, iOS, and Linux. Browser add-ons are also available. pCloud’s apps are extremely fast to navigate and easy to get used to. Its mobile apps can be configured to automatically upload the camera roll. pCloud can also be accessed via its web interface, which too, offers a smooth experience while browsing through files and directories.

pCloud’s lifetime plans cost $175 for 500GB and $350 for 2TB. pCloud Crypto, the zero-knowledge e2ee add-on costs additional $125 for a lifetime subscription. Monthly and yearly subscriptions are also available, starting at $4.99 per month or $49.99 per year for 500GB.

You can learn more about pCloud or read my long term review.

Launched in 2019, Icedrive is a fairly new entry in the cloud storage scene. But it has garnered popularity due to it’s focus on privacy at competitive rates. The Wales-based company uses Twofish encryption algorithm, which they say is stronger than AES.

Like pCloud, Icedrive offers a ‘virtual drive’ app for Windows that lets you quickly work on your files without downloading them — just like you would use your physical drive. There’s no way to mount a virtual drive on macOS or Linux as of now. You can use Icedrive portable apps on both these platforms. Android and iOS apps are available and support streaming/previewing of media files. Some users complaint about the reliability of mobile apps, however, primarily about the upload process.

There’s virtually no limit on file size which make a great feature for those who often work with large files. But data transfers are limited and both uploads and downloads deduct the bandwidth. It’s not possible to share encrypted files, which is understandable as sharing such files would require you to share your encryption key with others, compromising your data. Icedrive does mention that they plan to introduce so-called ‘crypto boxes’ that would reside under encrypted space but have their own passphrase. It’s not clear when that will be introduced, however.

Other thing worth mentioning is the lack of two-factor authentication, which is ‘work in progress.’ In case you are interested, WebDAV is supported.

As Icedrive offers end-to-end encryption, the encryption process takes place on your device. Your data is encrypted before it leaves for the cloud in small chunks. To borrow the explanation from Icedrive itself, ‘each chunk is encrypted through 16 rounds using your 256-bit key which is stored client-side only.’

Update: Icedrive Black Friday sale is live with two limited-period plans. Checkout the 3TB or 8TB lifetime plan, available through this link only.

While it’s a big sum of money to pay in one go, a lifetime plan helps you save money in the long run. It also saves you from potential price hikes in the future. You pay a lifetime fee once and can continue using the cloud for as long as you like or as long as the company is functional.

Assuming you would want to use a service for long time, lifetime plans offer a great value for money. At the same time, they also helps companies generate funds for the long run. It’s not to say lifetime plans have always been good for sustainability of the business, but if done right, it can be rewarding for both users and companies. pCloud is doing this since 2013 and continues to offer lifetime plans at bargain rates.

Unfortunately, there are only two cloud providers offering lifetime end-to-end encrypted storage. And if you ask me which one to choose, I would recommend pCloud. It’s been long in the business, has good reputation among its dedicated user base, and is committed to privacy. Icedrive is relatively new in the business and has a long way to go until they offer things like two-factor authentication, mountable storage, and reliability.

It’s not to say that Icedrive is bad but pCloud is indeed a better option if you compare the two.

Side note: I know you are reading this article because you are interested in a cloud that offers lifetime encrypted storage. But it’s worth mentioning Backblaze here which offers unlimited and encrypted storage in the cloud. It does not offer ‘lifetime’ plans and it’s mainly a backup solution but it’s unlimited and costs just $130/two years. Backblaze is worth checking out to see if it’s something that meets your requirements.